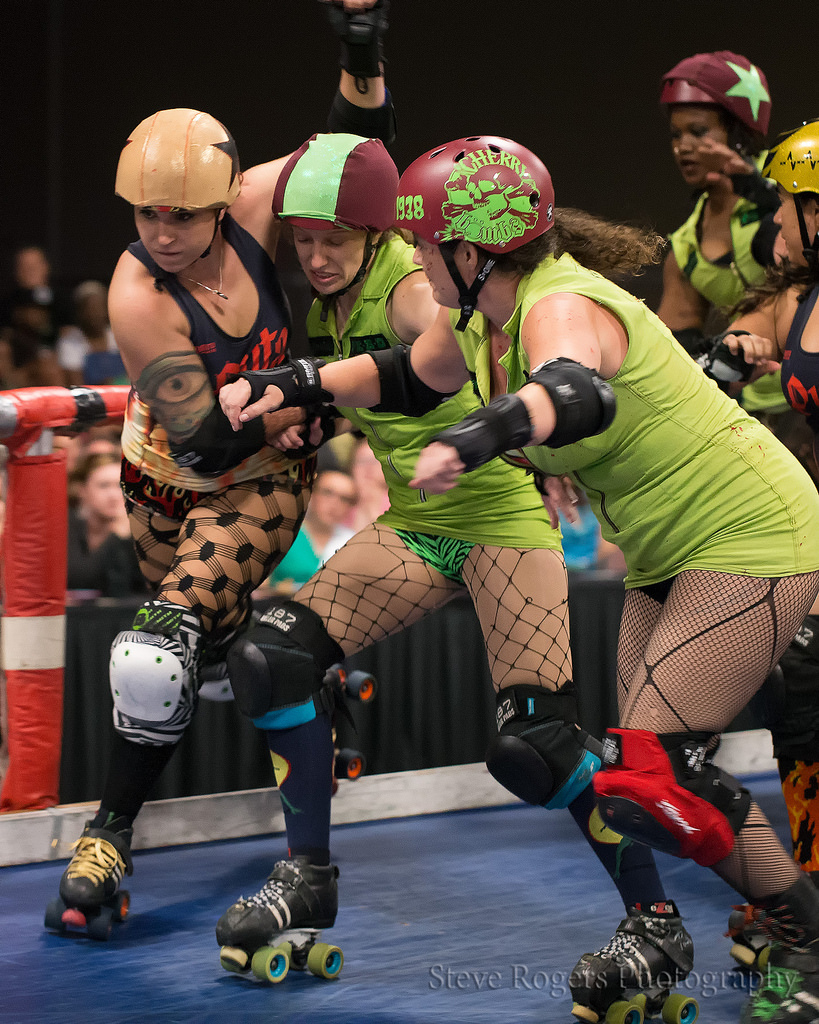 It’s about to go down!

These Putas and Bombs are ready to rumble!

Hold onto your tequila, TXRD fans, because it’s time for a rematch! On Saturday, May 27th at the Palmer Events Center, Las Putas del Fuego load up the cannons with hellfire as they take on the queens of chaos who terminated their multi-year winning streak last season during the 2016 Calvello Cup Championship: the Cherry Bombs!

The PutaBomb game has long been a fan favorite, and for good reason: these sister teams are stacked with powerful, unpredictable blockers and scene-stealing jammers, evenly matched in both skill and showmanship. Join green-clad Bomb devotees and die-hard members of Puta Nation as they cheer on established legends like Sacralicious and Lyka Boss, as well as up-and-coming stars like Joliet Jane and Ramona DeFlowers! Not only is this game one of the most entertaining to watch, but it also brings out some of the most colorful, enthusiastic fans in the TXRD community!

To see who emerges the victor of this high-stakes battle and inches closer to the 2017 Calvello Cup, grab your tickets at universe.com/TXRD for $20, and don’t forget to snag a discount code from your favorite rollergirl for $5 off! As always, kids 12 and under get in free! Doors open at 6, first whistle at 7. Come out with your war paint on!