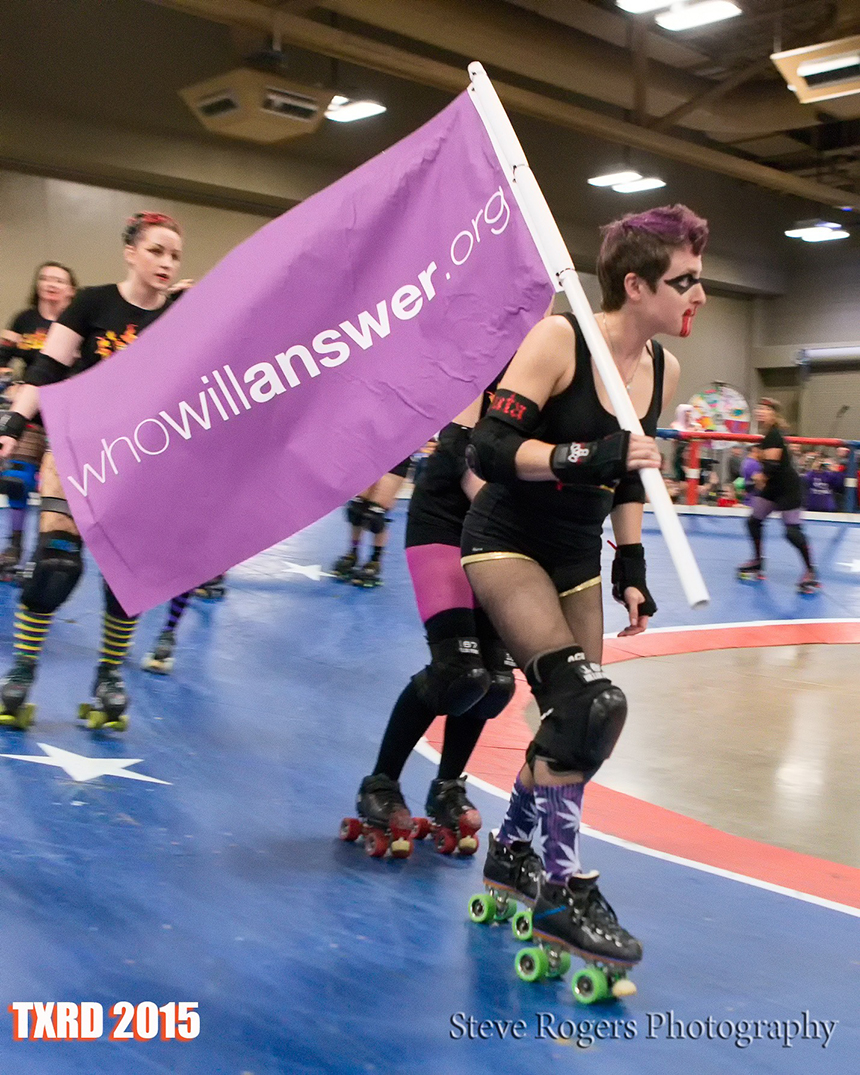 This past weekend TXRD resurrected its much-awaited Heaven vs. Hell bout – and what a bout it turned out to be! The Heaven vs. Hell bout pitted the Holy Rollers, those “innocent” girls of the Sacred Heart School, against last year’s champions and the devil’s favorite sports team, Las Putas Del Fuego.

Las Putas Del Fuego started off hot, heavy, and hoarding all the points, but the halo-clad Holy Rollers quickly began to gain on them. The bout remained close, and the score juked back and forth like a wily jammer until the lead change at half time.

Two unsportswoman-like conduct calls, a double panty pass, a lost panty, and a major on Sab A. Taj (who was named the cleanest skater in the league 2014) turned this bout on its ear!  The heat of battle came to a screeching halt when several gallons of ice water were spilled on the track. Had you listened close enough you could almost hear someone yelling “Clean up on turn 4?!”

The bout was rich with near-fights, well-placed hits, trash talking, and a few injuries to boot!  In the end, the plaid-skirted school girls skated off with then win, pulling off a 61-43 victory over the reigning TXRD champions. We are only three games into the season, and if this is any indication of what our 2015 season is going be like, you’re going to want to get yer tickets now!