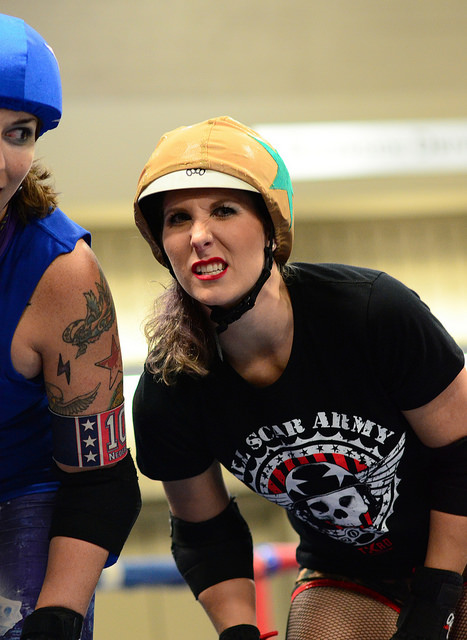 Your have one mission…

The badass babes of Texas Roller Derby are back at it again, returning in full force and fresh off of off-season training to lay down some big hits in the 2018 season opener!

The 2017 season ended in an all-out brawl with the Cherry Bombs defending their championship title against Las Putas Del Fuego, who refused to back down until the very last second. On January 21st, all 5 teams will be coming together to take down a common enemy: the mysterious Black Ops.

TXRD voted in the best of the best for this unique season opener, with a stacked roster of all-stars from each home team. The elusive and dangerous Blacks Ops team is comprised of top skaters from all over the nation, hailing from places like Los Angeles, El Paso, and Phoenix. You may even see some of the legends of TXRD’s past come of out retirement to put the hurt on the All Scar Army.

Since the Black Ops are so secretive, little is known, but the roster is slowly being revealed day-by-day on all of TXRD’s social media platforms. So, go give TXRD a follow on Facebook and Instagram to be the first to know who will be making an appearance in Austin, Texas!

TXRD has partnered with SAFE CARES, an affiliate of SAFE, for the season opener and will be collecting donations on their behalf during the bout. SAFE is embarking on a new program to provide a comprehensive response to survivors of exploitation by creating opportunities to be, and feel, safe. To learn more about this program, check out SAFE CARES.

Grab your tickets here beforehand for $20, and get $5 off by hitting up your favorite rollergirl before the game for her skater code! As always, kids 12 and under get in free! Doors at 6pm, first jam at 7pm. Don’t be late, you won’t want to miss a second of this action!