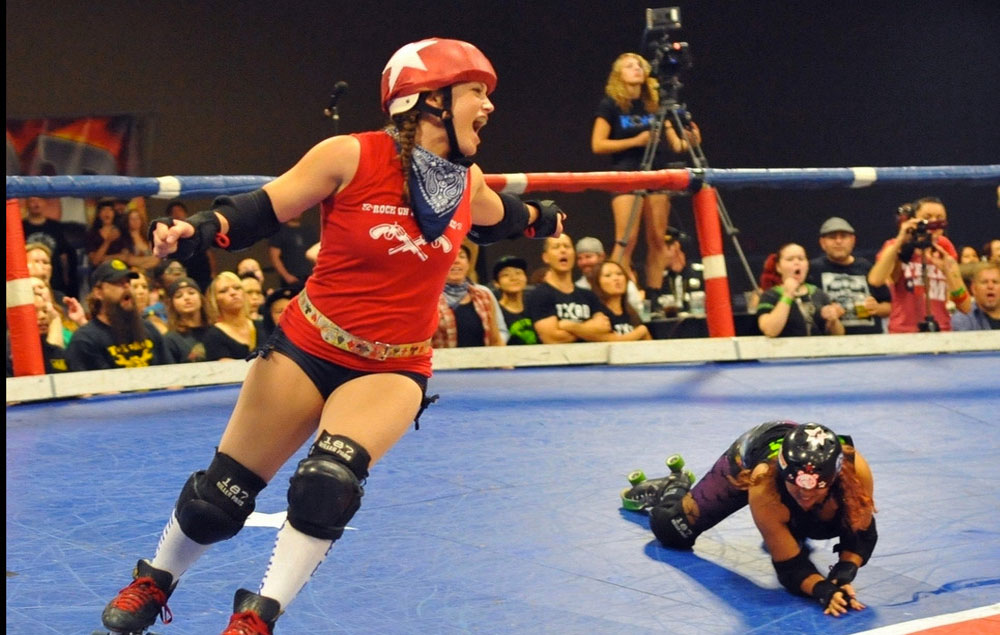 We know there’s a fan or two out there who’s been frantically frequenting the website for two words. Let’s say them now, before those withdrawls require medical attention….. We’re Baaaaack!

Who’s ready for some roller derby?! This year promises fabulous things: 25% of our roster is grade A prime fresh meat, our referees are bringing in some new blood, and we’ve got a red-hot schedule synced up and locked in.

We’re officially starting a month later than normal this year, with our All-Scar Army vs the 2013 Calvello Cup Champion Cherry Bombs bout on Sunday February 16th, 7pm at the Palmer Events Center. Now hold your horses, that doesn’t mean a shorter derby season, that just means our fans get to dress like their favorite team for Halloween. That also means our fans get 9 months of hard-hitting, sweat-glistened, all-girl, banked track roller derby. Kinda makes ya want season tickets, doesn’t it?

TXRD’s bringing back all your favorite teams, sprinkling them with some rookie players, and stirring in the action. It’s a recipe for full-on fun and you won’t want to miss out. So light the fuse, saddle it up, sharpen your claws, pack your Bible, or strike that match – because 2014 will have you on the edge of your seat! We can’t wait to see you at the bout!

Click our Schedule Tab above for all the dates!