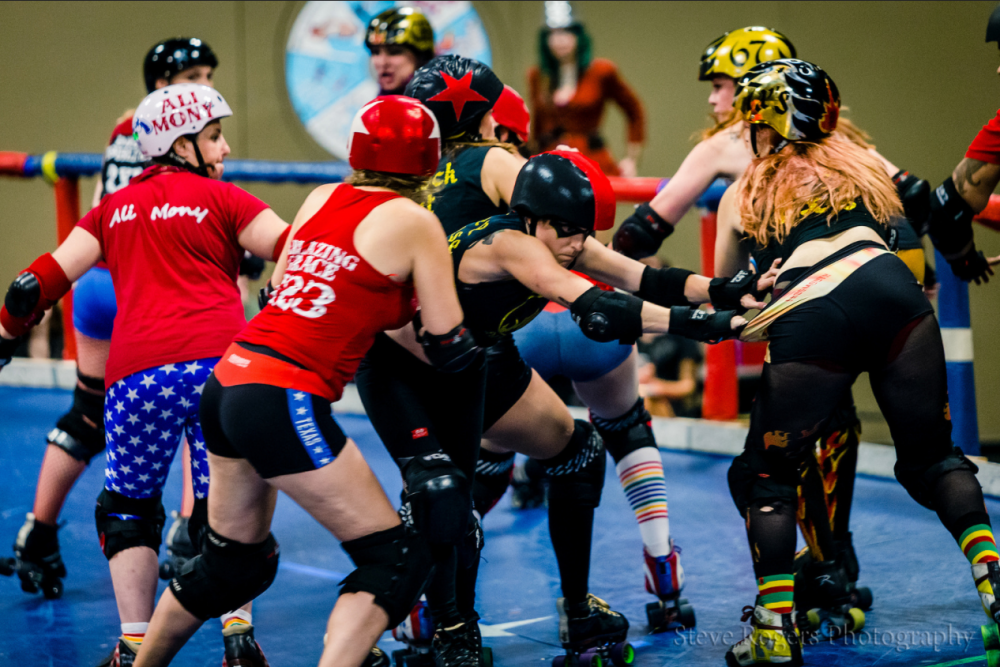 It’s a battle of cowhide and fire!

Find out who goes to the Calvello Cup!

On September 30th, the Thunderdome becomes a battleground for the forces of southern grit and ferocious fire! The Calvello Cup playoffs are upon us, TXRD fans, and at the end of the night, one team will hang up their skates for the remainder of the season while the other snatches a spot in the final Championship game of 2017!

Las Putas del Fuego and the Rhinestone Cowgirls enter this fight with a common thirst for vengeance: both teams recently got their asses handed to them by the undefeated Cherry Bombs, and both are itching for the opportunity to knock those green-clad punks down a peg. However, to get there, they must first deal with each other.

The Putas and Rhineys have dealt with their share of bad luck this year, with each roster nursing its share of injuries, and both will be bolstering their lineups with some rough n’ tumble Hired Gun$! This is your chance to not only get a look at some of the hottest end-of-season draft picks, but may also be your last opportunity to see legendary vets Smitey Mouse and Dusty Doublewide in action before they retire at the end of the season! It’s a game you definitely won’t wanna miss!

Grab your tickets at universe.com/txrd for $20, and get $5 off by hitting up your favorite rollergirl for her skater code! As always, kids 12 and under get in free! Doors at 6pm, first whistle at 7!