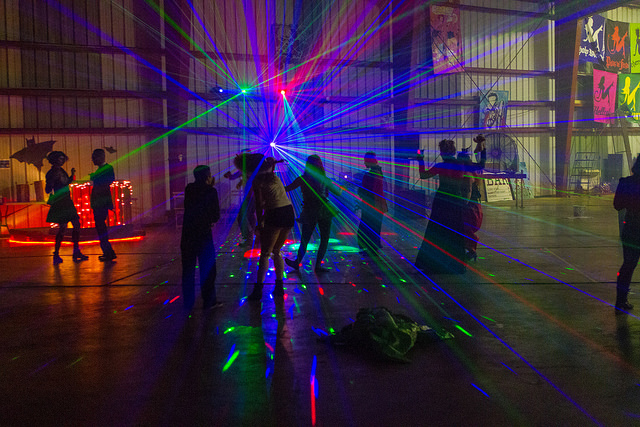 Congratulations! We’ve survived another South by Southwest. The chaos is ending, the traffic is clearing (well, mostly), and Austin once again belongs to the locals. For those who want to keep the party going and mingle with some rollergirls along the way, we’ll be rolling around at a SXSW celebration!

Saturday night, get dolled up in your extraterrestrial finest and join us at 8 PM for the raddest futuristic party on wheels: ATX Future Disco at Austin Roller Rink! We’ll be skating to the sweet funk-soul sounds of Mama K and the Shades, hip hop from Felly, David Bowie cover band Cats from Japan, and more! Roll-dance up to your favorite rollergirl for a discounted ticket to our upcoming Cherry Bombs vs. Rhinestone Cowgirls bout!

After you’ve fully recovered from the SXSW madness, be sure to vote for TXRD in the Austin Independent Business Alliance’s 2016 Armadillo Awards! We’ve been nominated in the categories of “Austin Originals” and “Just Because We Love You,” and if you’ve ever had a blast at one of our bouts or a fun encounter with a rollergirl around town, we’d love your support! Between March 21st and April 3rd, cast your votes at ibuyaustin.com and let the world know how much you love Texas Roller Derby!